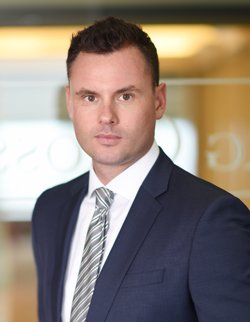 Matthew Ingles focuses his practice on complex business litigation and arbitration, and routinely counsels clients on a wide variety of issues where a client’s business and the law intersect. He has achieved highly favorable results for some of the world’s most prominent technology companies and financial institutions, and is regarded as being both pragmatic and creative in his approach to navigating his clients’ most difficult challenges.

Mr. Ingles has significant experience with a wide-range of legal issues, having litigated cases involving breach of contract, fraud, business torts, defamation, real estate, consumer class actions, unfair competition, trade secrets, antitrust, securities and investments, and government investigations.  Mr. Ingles has been involved in several noteworthy disputes that have resulted in his cases being covered by the national media, including the New York Times, the Wall Street Journal, the Washington Post, and the Hollywood Reporter.

Mr. Ingles is active in the Los Angeles community and dedicates significant time to charitable and pro bono endeavors.  Mr. Ingles currently works with The Alliance for Children’s Rights on pro bono matters, and has previously served on The Surfrider Foundation’s Legal Issues Team, represented young artists in conjunction with the Volunteer Lawyers for the Arts, and has been recognized by the Legal Aid Society of New York with its Pro Bono Publico award.  In addition, Mr. Ingles serves as the attorney-coach for The Wesley School in North Hollywood, California in the Constitutional Rights Foundation’s annual California Mock Trial Competition.

Prior to joining Greenberg Gross, Mr. Ingles spent nearly a decade practicing commercial litigation in the Los Angeles and New York offices of Orrick, Herrington & Sutcliffe LLP. He began his career as a Special Assistant District Attorney with the Kings County District Attorney’s Office in Brooklyn, N.Y., where he was a first-chair trial attorney and tried several cases to verdict.