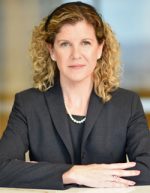 Greenberg Gross LLP has filed a lawsuit on behalf of UC Hastings Law School and several Tenderloin residents and small businesses against the City and County of San Francisco over the area’s sharp increase in unsafe and “deplorable conditions.”
In the midst of the COVID-19 epidemic, a public health nightmare has exploded in San Francisco’s Tenderloin district.  The Tenderloin is experiencing a crisis worse than any in its history, with dangerously crowded and unsanitary sidewalks creating deplorable conditions for the people who live, work in, or visit the neighborhood.  That these same conditions are not tolerated in other neighborhoods, but are allowed to flourish in the Tenderloin, violates fundamental principles of fairness, equality, and due process.
By bringing the lawsuit, the firm’s clients seek to require City and County officials to enforce state and federal laws in the same manner as those laws are enforced in other neighborhoods, and allow for free passage on Tenderloin sidewalks for all people.  This case calls upon the power of the federal court to bring city decisionmakers and Tenderloin stakeholders together to solve the safety and public health problems that have long plagued the Tenderloin.
Greenberg Gross Partner Deborah S. Mallgrave said the city must “create and maintain an environment in the Tenderloin that’s fair to all its residents, housed and unhoused” and that Tenderloin residents and visitors need immediate court action “to walk on a sidewalk without feeling their lives are in danger.”  Mallgrave was quoted in articles published in the San Francisco Chronicle and on Law360, among others.
Read the Law360 Article
Read the San Francisco Chronicle Article
Read the Complaint